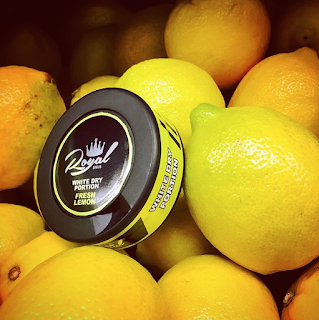 A few days ago, we previewed a new product from Royal Snus - Menthol Extreme White Dry! We now have news of another new product from Royal Snus, this one a white dry portion with a lemon flavor:  Royal Snus White Dry Portion! Over the years there haven't really been many lemon snus products released. V2 Tobacco made a Thunder Lemon product, but that has been discontinued. Swedish Match made The Lab Fresh: Lemon, which has also been discontinued.  Lemon is a great flavor, but sadly not very represented in the snus world.  I look forward to trying this one out and seeing how it tastes! 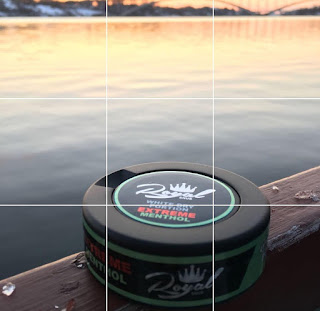 7 January 2016.  In advance, sorry about the way the image looks.  On their Instagram page, Royal Snus released a bunch of photos that came together as a mosaic of their new product, Royal Snus Menthol Extreme White Dry.  So this is the best I could do to put all the photos together.

About a year ago, I reviewed some new products called Chick Snus. The folks behind Chick Snus expanded with a new product line in October of 2015 called Royal Snus, which came in original portion, los and white dry portion. Via their Instagram account, Royal Snus/Chick Snus has revealed that they will be launching a new product, Royal Snus Menthol Extreme White Dry.

There aren't many snuses on the market with the menthol flavor, and this is the first product with "Extreme" in the name that isn't made by GN Tobacco.  So I'm definitely excited about trying this product!
Posted by Chad Jones at 7:33 PM