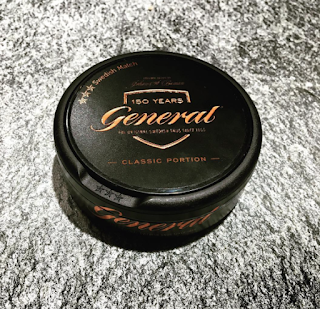 This year, Swedish Match is celebrated 150 years of General Snus. Earlier this year, General Kardus Fäviken 2016 was released as a "kick-off" of this year's celebration. I was curious about what else we would see this year, but it makes sense that we will see limited edition 150 Years General Snus cans. This photo, via "Harusnus" on Instagram shows a look at a limited edition General Original Portion can that showcases the 150 Years moniker on the can.

I look forward to seeing more of these this year, they will make great additions to my collection.  I hope that we here in the US will have access to them! 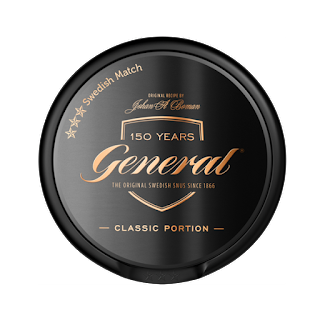 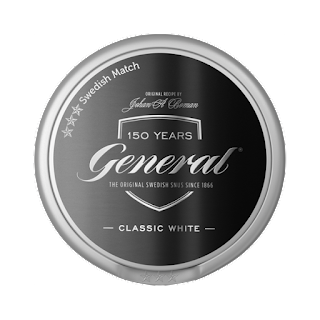 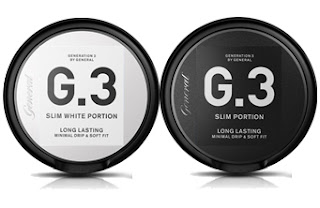 Also, it appears that G3 Slim Original and G3 Slim White are getting a new design. The orange colors are being replaced by white and black colors. Swedish Match says, "New design of the G3 PRODUCTS - G3 products Slim and Slim White Portion Portion gets new look from January. The former orange color is replaced by a black and white appearance."
Posted by Chad Jones at 9:15 AM