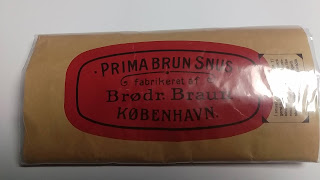 This is an interesting snus. I've heard about it for several years, but I've never been able to find any. It's like a unicorn - you hear about it, but you'll never see one in real life. Thanks to my friend SnusFreak, I got ahold of some Prima Brun snus to try out. This is a snus that doesn't have a lot of information out there circulating, so I'll do my best to fill you in on what I do know about it. Via the Trademark Directory I was able to find that it was registered in March of 1960. The snus is made by "Brødr Braun A/S København" out of Denmark. The only place I've been able to find it for sale is a Faroe Islands Duty Free Shop. Over the years, I've heard of people in Iceland having it, but that's really all I've heard about distribution of this snus. 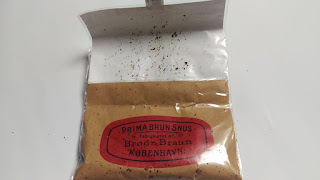 It comes in a 100 gram package resembling an envelope.  You would open it from there and pull your snus out of that envelope, or transfer it into two snus cans at 50 grams each. 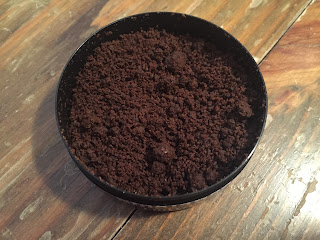 The tobacco itself is a lighter brown color than I've seen from most Swedish Snus in the past. It's also very finely ground, so you'll want to use a snus portioning tool to bake your prilla. I tried handbaking this, but it fell apart every time. When you use a snus portioning tool, you'll want to compact it as tightly as possible, because if you don't do it too firm it'll fall apart in your lip. 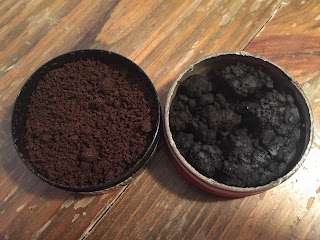 Doing a comparison between a can of Prima Brun (Left) and a can of regular Swedish Snus (Roda Lacket, Right) you can tell that they look quite different.

The aroma of Prima Brun is very tobacco centric.  It's an earthy tobacco smell with a little bit of pepper/spice in the background.  The tobacco itself has a good amount of moisture but will tend to break apart in the lip, so you have to be gentle with it and occasionally shift it back into place.  The taste is definitely tobacco centric.  If I had to place it, it's between Ettan and Grov.  It's not too mild, but not too bold.  It's a mild, but present, earthy tobacco flavor with a little bit of pepper/spice in the background.  I'm not sure if they pasteurize or ferment this snus, but it doesn't taste fermented, so my guess is that it's pasteurized.

If you're somewhere that can try it, I'd say give it a go.  It's not too bad and definitely worth a shot.
Posted by Chad Jones at 3:02 PM