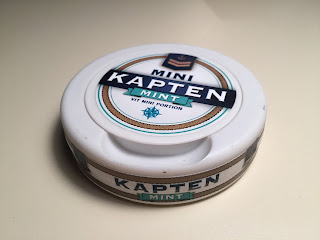 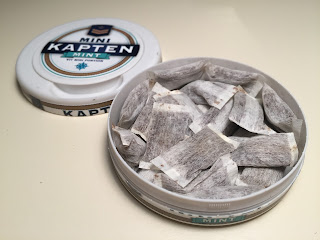 This snus is described as, "...a white mini portion snus with classic tobacco flavor with a hint of mint." This one comes in at a nicotine content of 6mg/g - a little higher than most mini portions which usually weigh in at 4mg/g. When you open a can, the aroma that comes through is predominantly peppermint, but with a mild presence of tobacco. The portions are about medium in terms of comfort. The taste of this one is very interesting. There is a very mild tingle/cooling sensation associated with the snus, but the flavor is more intriguing. In mint snus, it's usually common for the mint taste to be quite bold. But in this one, you can taste the tobacco and it's paired with a mild taste of mint. It's very interesting.
Posted by Chad Jones at 6:37 PM