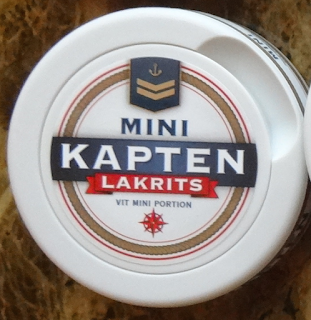 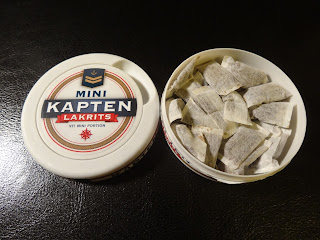 As is common in any brand, there has to be a licorice flavor. Though it isn't common in the US, the flavor of salmiak/black licorice is very popular in the Swedish Snus world.  This snus is described as, "...a mini snus with classic tobacco flavor and a hint of licorice." When you open the can, the aroma that comes through is a mild licorice smell - reminds me of black jelly beans. As far as the taste goes, it's a mild and salty black licorice taste with a little tobacco flavor in the background and a hint of pepper.
Posted by Chad Jones at 6:45 PM