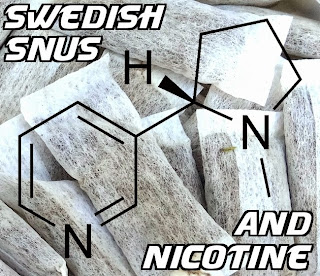 I've been working on updating our Snus FAQ at Snubie.com, and I've been basing the information I put on there off the most common questions I receive. One that I've been answering a lot lately has to do with nicotine. So I figured it was time to sit down and put together an article on this topic. A large percentage of us who use Swedish Snus have quit smoking by switching to snus. There are still a lot of people out there looking to quit smoking but curious about how nicotine works in an oral tobacco product like snus vs inhaled smoke ala cigarettes.  I hope I can answer some common questions and clarify this topic to make it easier to understand.  One of the biggest topics in regards to this is nicotine delivery. 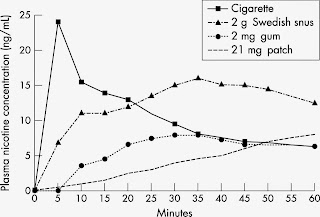 Snus delivers nicotine completely different than cigarettes. When it comes to smoking, you have highs and you have lows. If you haven't had a cigarette in a while, your body tells you that you're having a craving for a cigarette.  Those of us who smoked before know that feeling and how horrible it is. When it came to smoking, the lows were very low.  If you look at the chart to the left, you can see that when you smoke you experience a spike and then a drop in terms of nicotine delivery.  When it comes to Swedish Snus, the spike isn't as high as smoking.  However, the nicotine is delivered much more steadily which delivers a more satisfying experience when it comes to using snus versus using cigarettes.  It's one reason why snus is a helpful aid in smoking cessation.  Many people I've seen try the patch and nicotine gum and give up on it because it doesn't deliver enough nicotine and it can take a long time for your body to feel it.  Swedish Snus delivers a satisfactory amount of nicotine and it stays with you long enough that it can help you get off cigarettes. 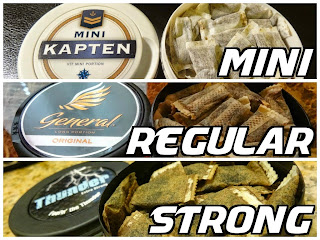 Another common question I see is in regards to "a buzz". I'll be honest, when I started snus, I was always chasing a buzz. But now it's something I try to steer people away from. "Buzz" is really a smoking-centric word which relates to the spike you feel when you smoke. When it comes to snus, you may not feel a "buzz" as much as with smoking. But the biggest point I want to stress is that even if you don't feel the "buzz", you won't feel the lows you experienced when you didn't have a cigarette as a smoker.  When you start using Swedish Snus, it may be necessary to use stronger snuses to get off cigarettes.  Sometimes your body needs that to help you get away from the nicotine delivery of cigarettes and a stronger snus may do that for you.  Some people's bodies work differently than others, so if you need a strong snus to help you switch from cigarettes or to keep your cravings at bay - by all means, use stronger snuses.  But I want to mention that you don't have to use strong portions - you can still get off cigarettes with regular portions.  I quit smoking by using Swedish Match mini portions.  Some people's bodies work different than others so it's about finding what works for you.  I've been snusing for 5 years now and rarely feel a "buzz".  That doesn't mean the snus isn't working - it just means the snus absorbs so steadily into my blood that I don't feel a low or a high - I just feel satisfied. 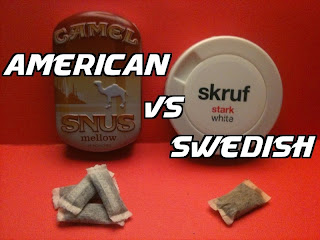 I also want to address the topic of free nicotine vs total nicotine - particularly when it comes to Swedish Snus vs American "SNUS".  Total nicotine is the total amount of nicotine the manufacturer lists the product as having. Free nicotine is the amount of that nicotine that is actually usable by the blood. For example, Camel "SNUS" is listed as having a total nicotine of 8mg/g. But when you look at free nicotine, your body can only use about 2mg/g of that nicotine. However, with Swedish Snus, most products range anywhere from 4mg/g to 22mg/g, and in the case of most manufacturers the total nicotine and free nicotine are very close. For example, a Swedish Match General Snus product has a total nicotine of 8mg/g, and it's free nicotine level is very, very close to that 8mg/g, around 7-8mg/g. That's the difference with Swedish Snus and American "SNUS" when it comes to nicotine. It's also one of the big reasons so many Swedes put down cigarettes in favor of snus. There is enough nicotine in Swedish Snus that it can be a replacement to smoking and help you quit. With American "SNUS", it's designed to be a supplement, the nicotine content is so low that it's not an easy product to quit smoking with. They want you to keep buying their cigarettes and their snus - it's why their early campaigns said "When you can't smoke, snus instead."  It's why anytime I hear of someone trying to quit smoking with American "SNUS" I try to steer them towards Swedish Snus.  It works much, much better.  Also, one thing I want to note - when it comes to free nicotine, V2 Tobacco and Swedish Match are the two companies that are the best at having their free nicotine levels closest to their total nicotine levels.  So when one of those two companies say a product is "strong" or "extra strong", it is. 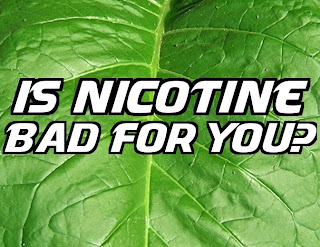 And the last thing I wanted to touch on is a lot of the myth surrounding nicotine. But isn’t nicotine bad for you? No. This is something the anti-tobacco zealots have been circulating because they tie nicotine and smoking together. It’s important to differentiate between the two. The majority of health related problems when it comes to smoking are caused by the smoking and not the nicotine. The National Institute for Health and Care Excellence noted that nicotine "does not pose a significant health risk”. The Royal College of Physicians noted in 2007 that “nicotine itself is not especially hazardous”. They also noted that nicotine is ”no more harmful than the existing use of caffeine”. Also, The International Agency for Research on Cancer has concluded that nicotine is not carcinogenic and does not cause cancer, despite what the Anti Tobacco crowd would want you to believe. Also, another thing the Anti Tobacco crowd tries to use to scare people away from nicotine is that nicotine has been used as an insecticide in the past. Tobacco Harm Reduction.org mentions that tobacco plants produce nicotine as a natural insecticide, which can be further concentrated as an artificial insecticide. And this isn’t uncommon - most plants, including ones we commonly eat, produce a natural insecticide. So don’t let this scare you, either. It’s just their scare tactics.
Posted by Chad Jones at 8:00 PM