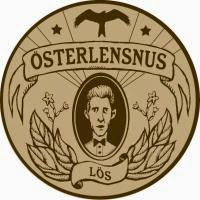 I love companies that make small batch snus.  It's really a labor of love to pursue making your own snus.  The larger companies and manufacturers have more tools at their disposal to produce snus, so when one man decides he wants to make his own snus, it says a lot about what goes into the product.

Eskil Thomsen, the man behind Österlensnus has been into snus his whole life. He bought a farm and began to make his own wine, slaughtered his own lamb and chickens, and began growing his own vegetables. Eventually, he began to buy raw tobacco to make his own snus. After a while, he saw how easy it was to grow tobacco, and eventually started making his own snus, which he called Österlensnus. 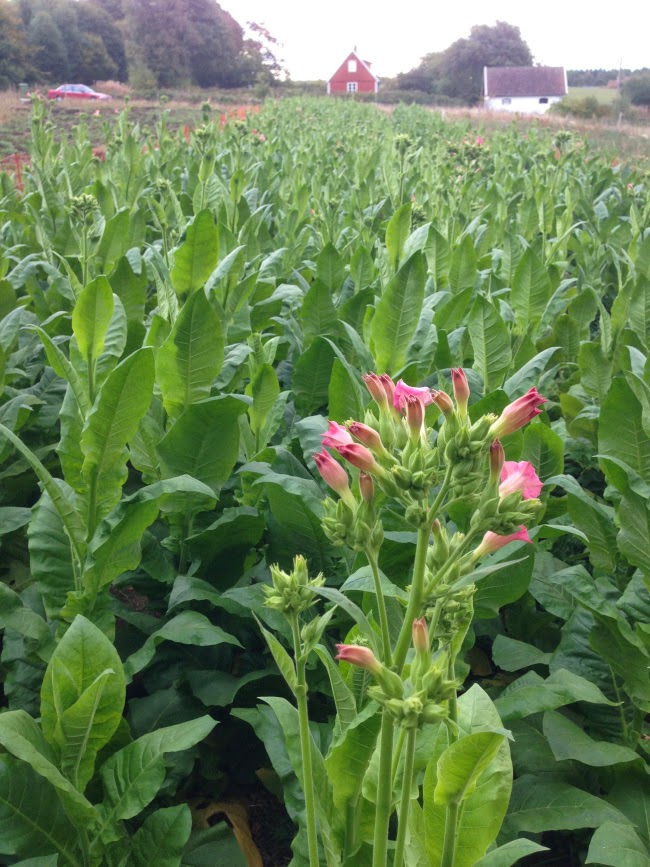 The brand name, Österlensnus, is from where Eskil lives - in a part of Sweden called Österlen. It’s in the south part of Sweden and is often compared to a provence in Italy, though he doesn’t think the comparison is a very good one.

It took some time for Eskil to get the snus making process perfect perfected.  The first year, he lost 90% of his crop, but last year only lost about 30%, a vast improvement.

This year’s snus is organic grown Alida tobacco (some of you old school snusers may remember this as the tobacco Gotlandssnus used to use).  Alida tobacco has a light/herbal type flavor with a slight sweetness to it.  Österlensnus does not use binders, humectants, smoke flavorings, sweeteners, colors or extra nicotine. They rely on the tobacco “just as it is”.  In the can it's simply tobacco, water, salt and soda - as simple as simple can be. 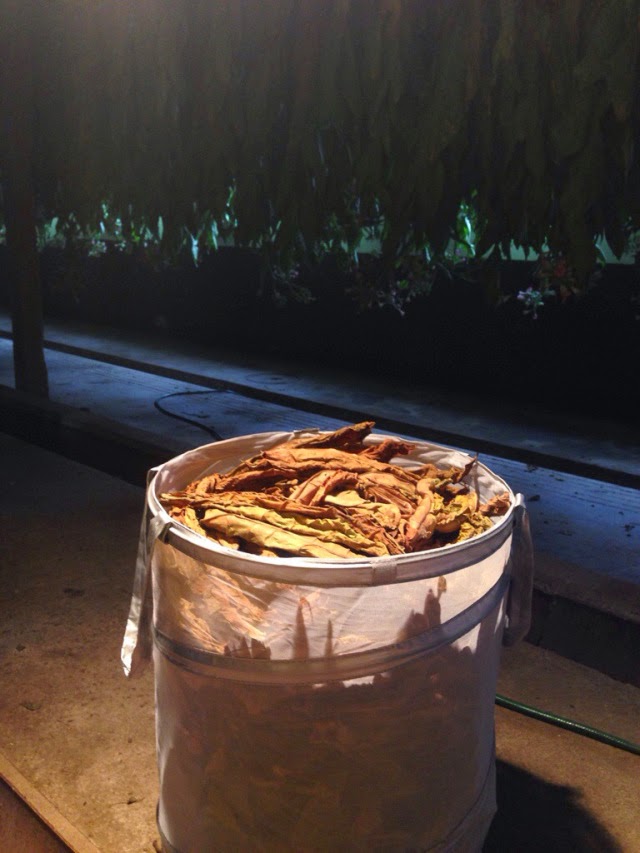 When it comes to the production process - they handle all aspects of care, sowing, planting, picking, curing and pasteurizing. The tobacco is air cured in a big barn, and leaves are picked daily as they change color in a process that takes up to 3 months. The tobacco is then pasteurized in 2 ovens and yields up to 8 kilos at a time.

So when I call it "small batch", I'm referring to the fact that this isn't a product made by a large snus manufacturer, but one that is made in small batches.  It isn't made in a factory, but is produced right there on the farm.  This eliminates a lot of steps, the tobacco goes into the can in the same place it was born. 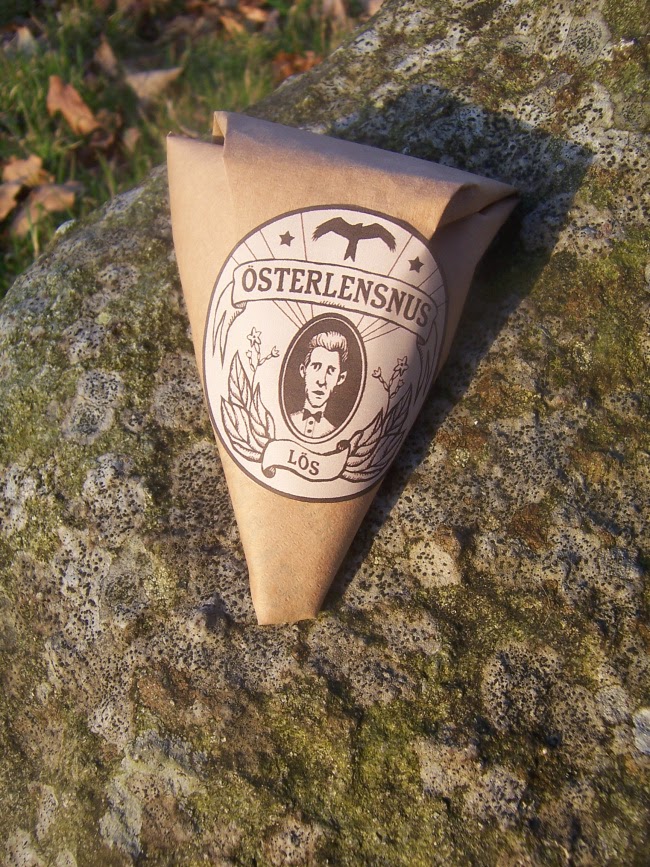 The process to get the approval from the Swedish FDA to sell his snus took about a year.  Last year, he started Österlensnus and the Swedish media quickly found out about him and he saw his face appearing on TV and in newspapers and was greeted with a flood of people wanting to buy his snus.

Monday, September 1st 2014 his snus began being sold in Sweden.  Each can contains about 40grams of lossnus.  At this time he isn't producing portion snus due to the cost, but if you're interested in making his los into portions, you can pick up Prillan - I did a video tutorial on how to make portions from lossnus.

He only produced 1,000 cans this year. If you're interested in more information, you can like their Facebook Page or check out their website at Osterlensnus.se. He also has a blog with lots of background and information. You can purchase it at the Vitaby Country Store or The Brothers Levin Mack in Brosarp. If you're interested in becoming a retailer, you can contact him at eskil@osterlensnus.se. 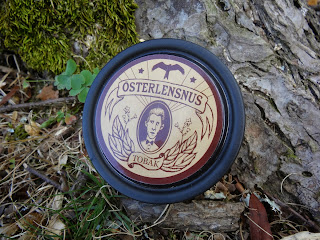 Now, let's review this snus. It comes in a 40 gram can, and the ingredients on the back say simply "Water, Tobacco, Salt, Soda." Really, what else do you need?  It's a simple can that isn't overly ambitious and says simply "Österlensnus" and "tobak" (tobacco).  This product is pretty straightforward.

When you open the can, the aroma that comes through is absolutely heavenly.  It is straight up tobacco - dark, rich, earthy - everything a snus should be.  For those who remember Pioneer, it's a lot like that, but lacks the spiciness that Pioneer had. 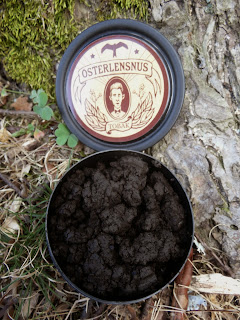 The grind of this snus is fantastic. It is very, very easy to work with. No tool required, just grab a pinch, shape it, and throw it in your upper lip. Reminds me a lot of the Swedish Match lossnus products due to how easy it is to work with.  It is very moist, and the flavor comes on pretty quick.

Österlensnus is a snus for people who like tobacco.  I've talked about it before and often pondered why snus companies don't like embracing the tobacco flavor and feel the need to cover it up with so many flavorings.  This snus embraces it and it shines through in the flavor.  Österlensnus  has a dark, rich, earthy tobacco flavor with a slightly smoky taste and a hint of salt.  It all blends together perfectly and tastes like, well, tobacco!  This snus is great.

I really hope they make more of this in the future because there are barely any tobacco products out there like this one.  Pioneer was one that many of us enjoyed and it was sadly taken away from us.  If this makes it to the web stores someday, I have a feeling a lot of people who like the taste of tobacco are going to be very happy.
Posted by Chad Jones at 5:20 PM