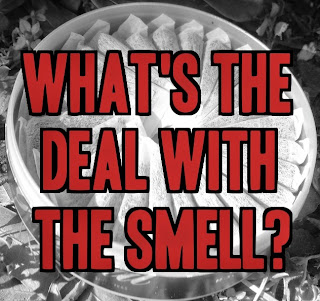 In a continued effort to improve our Snus FAQ at Snubie.com, I'm writing another article to answer some of the most common questions a new snuser asks. First of which is, "Why does snus smell the way it does?" The main reason being: ammonia. Ammonia is a naturally occurring compound in tobacco. It isn't added to snus, but the natural aging process gives snus an ammonia scent until the can airs out. In the past, I've met people who like to "let the can breathe", meaning opening it up and letting it air out. I wouldn't advise that, as it dries out the snus, but I've found some people swear by it. Back to the tobacco - the natural ammonia compounds and sugars react with each other during the process of aging and curing. This reaction gives the tobacco it's aromas and flavors. The smell is a sign of how fresh the snus is. A piece of advice I heard many, many, many times when I first started using Swedish Snus was "STOP smelling the snus!", which is a good piece of advice to pass off to people who are new to snus, however I will say this - you get used to it, and even come to love it. When I first started snus, the first can I opened of Swedish Snus was General White Portion, and it made me gag. Today, I use 90% General Snus in my daily rotation. You will get used to the smell, and come to love it. 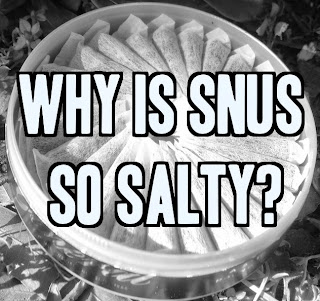 The next most common question I see is, "Why is snus so salty?" This is a question that is common of American tobacco users who are used to the way American "SNUS" and smokeless tobacco tastes.  The reason for that being that American "SNUS" and smokeless products use a LOT of sugar.  Tobacco manufacturers in the US think that Americans like it and add it to their smokeless products.  Another reason they add it is to mask the horrible flavor of their cheap tobacco and lack of any natural flavor additives or quality taste.

Swedish Snus, however, uses salt.  In pasteurization, some of the flavor is lost, so snus manufacturers add salt to help enhance that flavor.  Salt is used much like anyone uses it when they're cooking or eating - it helps bring out and enhance the flavor of the snus and the tobacco.  In the beginning, it's a lot to get used to.  When I first switched to Swedish Snus, it stood out.  Now, I can barely even notice the salt flavor.  It's something that you will get used to in time. 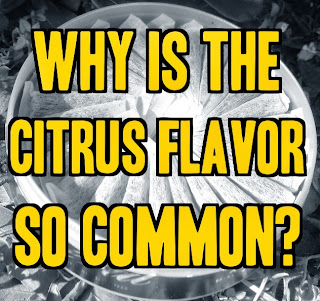 One thing many people who are new to snus wonder about is, "What's the deal with Bergamot?" It's true, the citrus flavor is the most common Swedish Snus flavor available. To educate, bergamot is a type of citrus. It's similar in color to a lemon and in size to an orange. Bergamot isn't quite as sour as a lemon, but contains a little more bitterness than a grapefruit. The fruit itself is grown in Italy, and is harvested/grown in the winter. Before snus, you may have commonly had bergamot in Earl Grey tea, you will recognize it's subtle notes if you have a cup of Earl Grey tea.

In snus - bergamot is the most demanded flavor on the market and accounts for over 50% of all snus flavors.  The citrus flavor marries well with the tobacco, so it's a very common flavor you'll see added to Swedish Snus.  When you're new to snus, bergamot isn't the most approachable flavor.  It took me several months to get into bergamot.  Everyone is different and some like it immediately, but if you're like me and don't immediately fall for it, give it time.  In the beginning, I couldn't stand the taste.  Now, it's 90% of my daily use.
Posted by Chad Jones at 5:54 PM