Misinformation about snus: A truly negative and counterproductive force. 23 April 2010.

Dresden James once said, "When a well-packaged web of lies has been sold gradually to the masses over generations, the truth will seem utterly preposterous and its speaker a raving lunatic." Carl Bernstein was once quoted as saying, "The lowest form of popular culture - lack of information, misinformation, disinformation, and a contempt for the truth or the reality of most people's lives - has overrun real journalism. Today, ordinary Americans are being stuffed with garbage." Today, misinformation is one of the most counterproductive things working against the benefit of public health in the United States. We attack what we don't understand, and attempt to demonize all efforts to solve a problem that we can't justify as part of the "only solution" that is available. 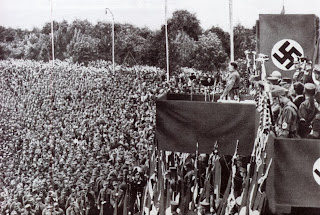 For example, the "Misinformation Effect" is a memory bias that occurs when misinformation affects people's reports of their own memory. That being said, you tell a lie over and over again, or continually offer misinformation, eventually people will start to believe it. To go even further, you tell a lie enough times, you can eventually convince yourself that it is truth, as in the case of Adolph Hitler. Clarence Darrow once said, "The pursuit of truth shall set you free...", but it seems people are far less interested in pursuing truth, and more so interested in spreading lies and propaganda to suit their own personal goals. 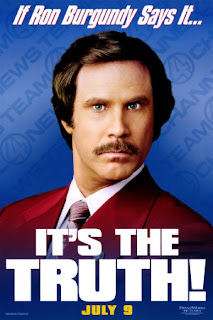 One of the biggest problems we face today is the bias of the media. As I've said for years, and many others have said the same thing, "Don't believe everything you read. Don't believe everything that you hear." Just because someone is listed as, or says they are, an "expert", it does not mean they are the most knowledgable person in their field, or that they are going to even present all of the facts about a particular product. Their presentation of the facts will only go as far as their personal bias goes. I'm going to share some examples in this article, and if you are interested in the pursuit of truth, I urge you to go and place comments on these articles. I hardly believe any of mine will be approved, because I attempt to present the truth opposite their bias, but it is in my hope that enough comments will be given that they might have a change of heart, as Mr. Grinch himself once did, and allow these to be made public.

The first example is an article posted on AtlanticDrugs.com. In this article, they list Swedish Snus as a "Swedish gum". The rest of the article is pure fiction as well. But it is misinformation like this that is going to hurt the harm reduction movement, and lead people away from other options and place them in the complete trust and reliance of the pharmaceutical company, which has a lower success rate of aiding people in quitting smoking than snus does. I offered a rather large comment to this one, but I doubt it will be approved. Misinformation like this is an example of what is truly counterproductive to public health.

Another example is NPR's Fresh Air. Yesterday, they did a story on smokeless tobacco products featuring Duff Wilson, the best "expert" they could come up with. This story, by the way, said snus is a "new product". I guess they never heard of the Google machine, which would just as easily have told them about the rich history of snus, which spans the better part of two centuries. The story is here, and you can listen to it, as well. I was actually able to get my comment in there, and I enourage others to go comment on this story as well. 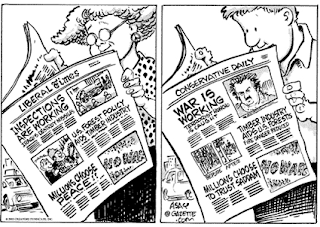 It is important to know that no matter what opinion you hear - conservative or liberal, Democrat or Republican - you take the time to do the research yourself and understand the truth beyond your personal bias. When I first heard about the positive health effects of health, I honestly could not believe it. Why? Because I had developed a personal bias that all tobacco was bad, and all tobacco caused cancer - this due to the fact that I had been continually misinformed by the media and "experts" of the day. However, upon doing a little research I learned the truth about snus and the harm reduction movement, and the good that snus can do to help people quit smoking. The fact is this, 45 million people in our country are going to try to quit smoking, and 90%-95% of them are going to FAIL on the first try, because they simply do not know about the other alternatives. It is important for people to know that there IS an alternative, and snus is that option! 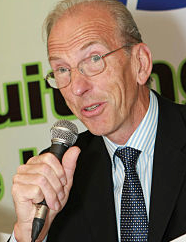 60 Minutes recently aired a story, "Going Smokeless", which actually had some truth in it, amidst some of the misinformation - a lot of good information came out of it, as well. We recently did a story on it, here, along with the videos from the story as well, you can check them out if you missed it. Part of this story was Dr. Karl Fagerström who presented some very good facts about snus and harm reduction. "Many authorities....somewhere between 90-99% less harmful than smoking." "They have reduced their risk from a skyscraper to a two story building." He also said, "Addiction is regarded as unnatural state, so addiction is a problem, but it's less of a problem than lung cancer." It is stories like these that show the media can present the alternative when they can go past their personal bias and present facts along with the bias that they are required to present by their overlords. It is important, in the interest of public health, that all people - snus users and harm reduction supporters, as well as people who simply want what is best for those around us - embrace all opinions, keep an objective and open mind, and do their research to know truly what they are talking about before doing harmful and damaging work to those who need help. We must always present the facts, without personal bias, in the interest of furthering a better state of public health.
Posted by Chad Jones at 7:31 AM