According to the FDA, the Risk Communication Advisory Committee has several different areas - Food, Drugs, Medical Services, Vaccines/Blood/Biologics, Animal/Veterinary, Cosmetics, Radiation-emitting Products, and Tobacco Products. In each area, they select a primary and alternate representatives from each industry to serve in a non-voting capacity, but to serve as industry representatives. Here's the link to the full list. Now, what does that have to do with snus? Note the very last area, tobacco. Swedish Match's Vice President of Scientific Affairs, Lars Erik Rutqvist, has been appointed a member of this particular committee. And that's good news for snusers!
My confidence was shaky when I originally heard about this committee. I figured they would put people on it that had no IDEA about harm reduced tobacco. Much like the appointment of Edward Whitacre, Jr running GM. He knows cell phones, but doesn't know cars. I figured they would appoint someone with no idea of this particular field. I'm glad to report that isn't the case. 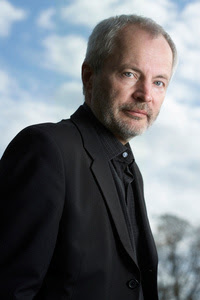 The purpose of this particular committee is to communicate risks associated with products regulated by the FDA. Lars Erik Rutqvist will be a great asset to this committee. With his knowledge of snus, I have no doubts that he will be able to help clear some of the fog and false facts around snus, and to held them see the difference in the risks associated with smoking, and not smoking.
“In the US, knowledge of smokefree tobacco and its harmful effects is generally low and often wrong. Communicating what the relative health benefits of smokefree products represent will be a great challenge. A recently performed survey in which 3,500 people participated showed that 12 percent of the respondents were sure that smokefree tobacco products were just as harmful to people’s health as cigarettes,” says Lars Erik

“Although Swedish Match is a large player in the market for smokefree products, it is a small company in the global tobacco market. In terms of knowledge, however, we are regarded highly in the sector. The fact that Swedish Match is represented on the committee enhances the impression of Swedish Match as being a serious, credible and honest company that sincerely wants to achieve something good." he has gone on to say. I, for one, am very excited to see this appointment. We have someone fighting on our side. And not just anyone, but someone very knowledgable in this area. If you've read our Snus FAQ at Snubie.com, these commonly asked questions were all answered by Lars Erik Rutqvist, and show his knowledge and understanding of snus as harm reduced tobacco.

“It is with excitement that I look forward to participating in the Committee and I assume that all of those concerned will want to perform genuine work. I view it as an evidence-based assignment and my scientific competence will hopefully give valuable input to the regulatory and political decision making.” Lars stated.

I have been concerned with the FDA and their involvement with tobacco for a while now. Granted, I'm a non smoker, and full time snuser. When I heard they were coming in, I was worried. The fact of the matter is, they don't understand tobacco, much less snus. I'm hoping they listen to what Lars has to say with an open mind, and approach this particular tobacco product objectively. As I hear quite often, "Look at Sweden!". Look at the cancer rate in Sweden and the impact the use of snus has had there. If this committee is truly a fact finding committee and not a publicity stunt by the FDA to say, "Uhh...yeah, we uh....looked into it." I believe the facts will be on the side of snus in this one. 30 March through 31 March of 2010, the FDA will be looking into the subject of menthol in cigarettes. New York City recently decided on a flavored tobacco ban. News like this has been alarming to me, and has had me worried about the fate of my beloved snus. But, in the end, I'm remaining optimistic and hoping for the best.

If the FDA listens and looks at the facts, they can see the benefits of harm reduced tobacco, more particularly, snus. Only time will tell.
Posted by Chad Jones at 11:16 AM