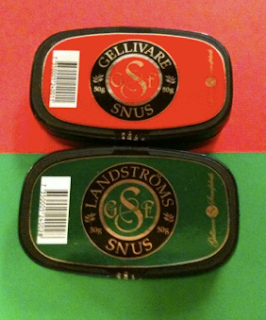 I have to admit, this is a snus that I've been really excited about. For so long, I've heard about it from those who had enjoyed it in the past, so much in fact, that they didn't hold on to any - it got used too fast! When I spoke with the kind folks at Gellivare, they informed me that it was going to be making a return, and some stores were going to start carrying it. I was overjoyed. When I finally got my hands on it, I realized it was worth the wait. Both of these come in los, and are a very finely ground snus. Icetool is the preferred method of use, but I've been told you can handbake it if you wet your palm a little before attempting to form a pris. Haven't tried it yet, I just stick with the Icetool on this one. But the flavor of these two is excellent. You can really tell that this snus was made with alot of effort. 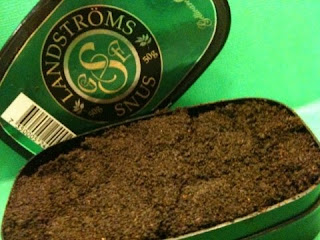 Both of the flavors of this one are rather similar, but with subtle notes that seperate the two. The thing I like about both of these is that they both have a natural flavor. Much like with Grov, or Ettan, but these are two of the most pure, natural snuses I've ever had. The flavors are simple, but pronounced. I think the beauty of Gellivare and Landstrom's are their complex simplicity - to use an oxymoron, because I can't think of too many words to describe these. Landstrom's has a very natural, earthy flavor. It's simple, but very pure, slightly sweet - but not overbearing or strong. It's truly a great flavor, one of the most unique snus flavors I've ever had. The tobacco is the key element, and it's flavor is front and center in a natural, pure way. A very mild salt balance is in the background, and exists with a very smooth undertone, mixing in with the tobacco and enhancing it's flavor. 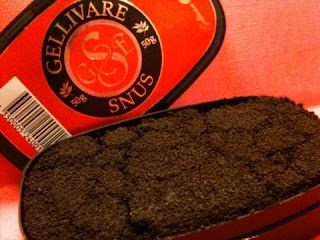 The Gellivare snus is much like the Landstrom's, with a few small differences. The flavor is more rich, and more bold. The tobacco seems to be on a deeper level. The sweet flavor is still there, but it seems to have hints of chocolate and nut - perhaps hazelnut. Not sure if this is in the recipe or not, but these are the tastes I pick up. It could be just the way the flavors blend that it tastes much like that, but that's what I gather from a full can of Landstrom's and a few pris' of my second. The rich tobacco flavor has a sweet undertone with it, and a very light salt balance. And the little hints I pick up of nut and chocolate mix quite well with the rich tobacco flavor.

I'm more of a portions guy. That's just what I prefer. But I'll be honest - I've gone through a can of each of these in a little less than a week, which I usually don't do. That's saying something - in my snus world. I'm really glad to see Gellivare & Landstrom's back on the market, and I hope they continue to sell this great snus.
Posted by Chad Jones at 1:02 PM