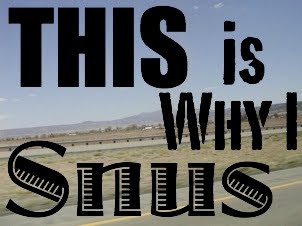 In the beginning, picking up snus was due largely to one thing. Quitting smoking. A smokeless tobacco pouch that I can put in my lip? Sounds good. Spitless? Even better. So I began to use it interchangeably with my cigarette usage. I was one of those "wanted to quit, but didn't want to quit" guys. I started out with the American stuff. Eventually, I found my way to Swedish Snus, and it gradually began to replace cigarettes. Whereas before, I would crave a smoke after a snus, eventually I found myself craving a snus after a cigarette, and eventually getting to the point of not smoking at all. Among the benefits I enjoyed after quitting smoking and switching to snus were a healthier lifestyle, eliminating second hand smoke from affecting the ones I love and those around me, and picking up a new hobby, a new lifestyle. For me, snus isn't just about tobacco. It's a way of life. 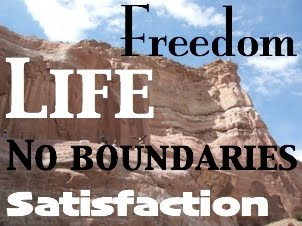 Freedom. Life. Satisfaction. These words all took on new meaning for me as I exited stage left from the terribly written play about cigarettes and the life they were taking from me, and entered into a beautiful new Technicolor film about the new life I had started by beginning my journey into Swedish Snus. The old way I perceived tobacco went from being about the risks, the effects, and all the negativity surrounding cigarettes to a new experience. Enjoyment, satisfaction, tobacco use with no boundaries, no limits. A new way of life with a new friend traveling beside me that I did not have to fear, only embrace. A friend who did not interfere, or could only go to certain places, but one I could take with me everywhere and enjoy the company of at any time, and any place. I have the satisfaction daily of enjoying tobacco without fear or worry. 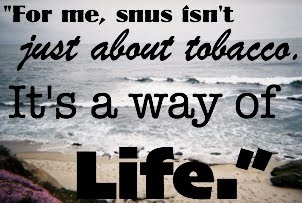 Snus isn't just something I do. As a smoker, I was limited to smoke breaks, smelly cars, and a dwindling group of people without discussion of the habit that we all had, but just several times a day that we all joined together outside to take part in a ritual that we had known for so long to be the only way. I was chained to that flaming white stick and the power it had over me telling me this is the only way. After discovering snus, I am proud to say "Smoking is NOT the only way." With snus, I can go anywhere, do anything, and be myself without fear, without restriction. I don't have to find a place to hide away from the world and take part in a habit that has become more and more shunned, but I can face the day and the world with snus and not have a fear or doubt about how the world will view me. The beauty of my discretion creates a brand new day and a positive new outlook for me. 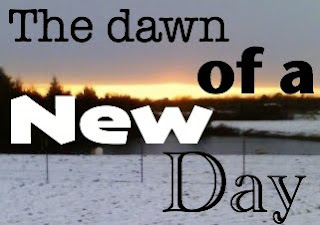 It's a brand new day. It has began much like any other day. But this day I began with snus, as I will began any day following this one and the many that have come before today. A new dawn is coming, and as we are moving away from the smoking tobacco of the past, and embracing the smokeless tobacco of the future, I can't be more excited to be a part of this community, this lifestyle that I have chosen. Every morning that you wake up to face the day, you too have a choice. And for me, choosing snus is a simple one. One I'm very thankful for. The new life that I have began since starting snus is a beautiful thing. The freedom I feel is often times indescribable, the satisfaction and pleasure I have with snus cannot be measured, and the boundaries that I have broken down by removing that chain from my leg with the help of a new friend are a thing of the past. It's the dawn of a new day, and this is why I snus.
Posted by Chad Jones at 9:57 AM