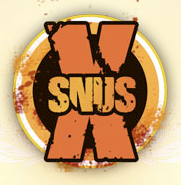 Ever wanted to make your own snus? Well, now you can thanks to V2 tobacco. Currently, Northerner is taking advance orders for this new and exciting release. One package/can has about 240 grams (470-ish portions....or, around 20 cans). This is going to be alot easier for all you DIY guys who have been building a snus lab at home to try and create your own snus - here, it's just being handed to you! 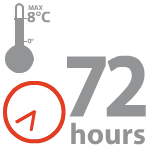 How easy is it? Well, as is it's white dry large portion snus. You can add water to moisten it up (original portions), and then customize with your own snus flavors, and in about 72 hours you have your own snus. V2 will be offering about 15 different flavors within the next 4 weeks which will give you the opportunity to play with the flavor a bit. All those of you who want a blueberry chocolate snus or whatever, you can have it. Your creativity can go nuts. 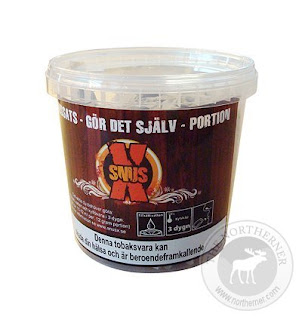 The SnusX kit is currently listed for 26.61$ USD. Not sure of an exact release date, but it is currently listed as a "Pre-Order", so I would be led to believe it will be early to mid February with the next round of releases, including the General Mint (large portion) release we previewed this morning. If you head over to RefillSnus.com, they have a little flash video and some more info.
Posted by Chad Jones at 8:01 AM