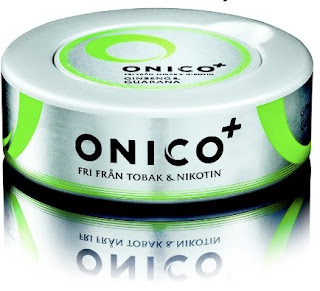 8 February 2010, a new product is coming in Swedish Match's Onico line - called Onico+. It is being described as "A refreshing taste with clear notes of tropical fruit and complex citrus zest." Without it being said, I would assume the + sign would denote this as an energy portion. It is being listed as having ginseng and guarana in the new Swedish Match Snus Range 2010. So that would make sense. (see below) Full review as soon as a can arrives! 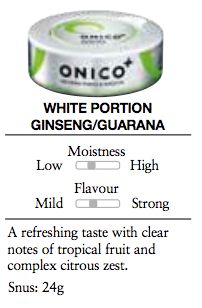 I don't know about you guys, but I'm a big snus collector. I even keep all my used cans. And anything that comes along that is snus related, I love to have in my collection. The new year proves to be very exciting with a ton of new products coming soon! 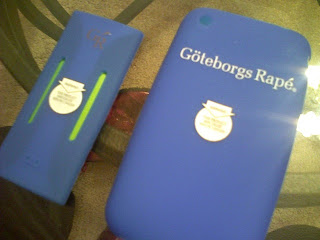 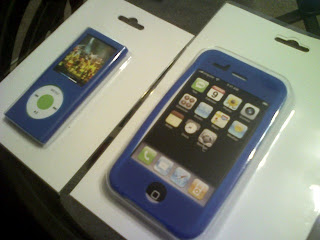 Also, several new products in the Goteborg's Rape name coming soon. An iPod cover saying "GR" on the back with a slick blue color, and a new iPhone cover that has the "Goteborg's Rape" logo on the back of it. For the person who can't get enough snus, and any GR fan, these would be a good addition to anyone's collection. 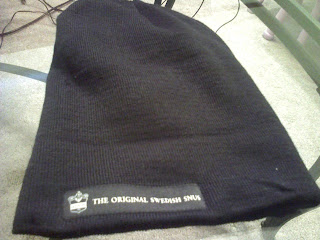 I think this is really cool - a General Snus beanie, with "The Original Snus" logo on the outside of it. I'll be honest, I've been wearing this alot. I love the chance to tell anyone about snus, and people who see my beanie sometimes ask the question, "What is snus?" It's a great conversation starter. 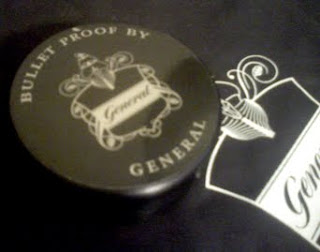 And last, but certainly not least, the new Bullet Proof Snus Can. YES! It is REAL! In comparison next to a General White can, this snus can is a little bit taller, due to the reinforced "bullet-proof" bottom of the can. I would like to add, there is a note on the bottom of the can that states "This can is intended for use with snus only. This can should not be used as or in lieu of bullet proof vests or other similar items and we encourage only responsible, legal use of firearms." I'm glad that was included, I can only imagine what people would be out there doing with this OTHER than putting snus in it.... but, other than that, it's a really cool can. Comfortably fits a full can's worth of portions inside. It comes with General Onyx inside already, but as soon as that's gone I can imagine I'd be using it to put in other portions. Great job, SM, I really like this one, more so than the Carbon General Onyx can.
Posted by Chad Jones at 8:05 AM