Okay, so I'm a bit slow sometimes on putting things up. Someone called me out recently that I had forgotten to post these. I was waiting to do a review, but I don't want to neglect posting this information. So here is some info on two new products now available for sale. 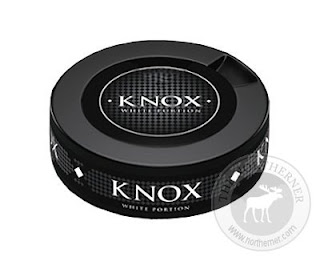 Skruf AB has released a white portion of their value priced Knox line. Skruf describes it as "A classic white portion with a robust tobacco taste and medium moisture content." High quality at a low price! I currently am awaiting it's arrival, and as soon as I get my hands on it I will be sure to post a review. 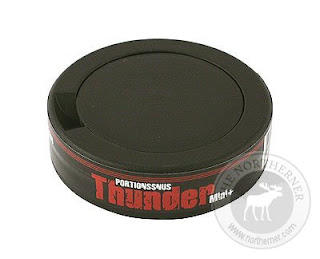 Also, V2 tobacco has recently released the much requested mini version of Thunder Original. Following in the footsteps of the previously released Thunder Frosted Mini, it is an Extra Stark (Strong Portion) mini snus, with the flavor of Thunder Original. It has a nicotine content of 8mg/portion. Thunder Mini has the same tobacco flavor with slight notes of bergamot throughout, but with the nicotine content of a regular portion.

Both of these are currently on sale now!
Posted by Chad Jones at 11:34 PM