What's the deal with Bergamot? 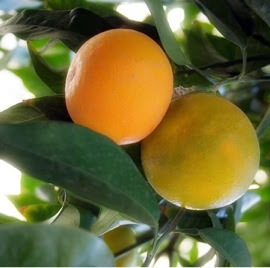 What's the deal with Bergamot?

This is a question I've been asking alot recently, and I felt it was time to find out. First, when I started doing this blog, I wanted to review snus and keep it simple. My reviews are for the Average Joe. I can't stand reviewers who get down to the molecular components of what a cranberry is, or really detailed snus reviews. People should know the simple things. How's it feel, what's it taste like, is it any good? However, I felt the need to research/explain bergamot, because even if I do drop the word sometimes - I've noticed many stores online like to use it in the "flavor" area of each snus, and it's important to know what it is and why it's used. I thought I would give it some research, because it seems like bergamot is a word that is thrown around without truly knowing much about it, or to simply describe a snus and not pinpoint the more accurate details of the flavor.

So I promise, this is the first AND last time I'll get down to the nitty gritty of what's in a snus.

I'm sure at some time you've asked any of the following questions.
What is bergamot?
Why is bergamot used in snus?
Why does almost all snus have a bergamot flavor?

After doing much research on Wikipedia, I have learned a little more about Bergamot, and would like to share the info I have gathered. I myself, can't stand bergamot. (EDIT: I have recently been using snus with Bergamot. As of the writing of this article, I wasn't at that point yet.) Everybody is different, and snus with heavy notes of Bergamot - I just can't get into. Other uses of Bergamot:

Bergamot is a type of citrus, and is similar in color to a lemon and in size to that of an orange. The fruit itself isn't quite as sour as a lemon, but contains a little more bitterness than a grapefruit. The fruit itself is grown in Italy, and is harvested/grown in the winter. Before snus, you may have commonly had bergamot in Earl Grey tea, you will recognize it's subtle notes if you have a cup of Earl Grey tea before snus, and then try a regular General Portion and you will notice similarities.

In food, as mentioned, in Earl Grey tea. It has also been used in fragrances, including a cologne. As a matter of fact, Bergamot was first used when "Eau de toilette", which was made from scooping out the pulp of the bergamot and squeezing it into sponges. Also, psoralen extracted from bergamot oil has been used in tanning products. However, this was since banned from sunscreen in 1995. It is now used in the treatment of some skin disorders. It also has been used for it's neuroprotective effects. "Recently, bergamot essential oil has been found to reduce excitotoxic damage to cultured human neuronal cells in vitro and may therefore have neuroprotective properties." - From Wikipedia and a study on bergamot oil (http://www.pubmedcentral.nih.gov/articlerender.fcgi?tool=pubmed&pubmedid=17401440/)

Another interesting fact, in witchcraft/hoodoo - bergamot is used to control or command and spells which make a person "subdue" another person use bergamot.

Now, bergamot in snus, what's the deal? Well, bergamot IS snus, to state it quite simply. Bergamot is the standard/classic taste in all snus products. A snus without bergamot is like a coke without caffeine, it's just not the standard. Bergamot is added to snus for many reasons. One of which is to enhance the very rich taste of the tobacco. The oil of the bergamot is what is used in snus. In many snus products, the bergamot is mixing with the salt in flavor while the tobacco flavor is brought to the front, with the bergamot providing hints of it's natural flavor. So in essence, it would lead you to believe the stronger the bergamot, the more pure the tobacco flavor, and the more the flavors of all 3 will mix in the snus itself, as well as any other more flavors more subdued in the snus - the bergamot would enhance these. As Swedish Match told me, it "marries" well with the tobacco. According to BuySnus.com, "[Bergamot is] the most demanded flavor on the market. About half of all snus that is sold of this flavor."

I decided to check out some of the retailers/producers and asked around. Thanks to Markus at Swedish Match for sending me back some information. He said:

"1. Bergamot is a classic snus aroma and has been used for a very long time, we are talking hundreds of years, just like classic flavors of tea (Earl Gray etc.). The equitable citrus character marries well with the tobaccoflavor.
2. In some of Swedish Match products includes bergamot, only one of the most flavor components and the overall flavor profile is a complex mixture of various condiments. A large part of Swedish Match's products do not contain bergamot. For many, perhaps bergamot become a signature for the taste of snus, but surely it's because most competitor products that appear on the market have a strong seasoning of just bergamot.
3. Swedish Match uses essential oils and other food-approved additives."

I learned alot doing this research, and I hope this shed some light on the topic for you, as well.
Posted by Chad Jones at 12:22 PM