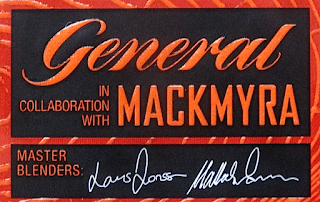 General Mackmyra is a collaboration between Swedish Match and Mackmyra Whisky in Sweden.  Master Blenders from Swedish Match Lars Jonsson and Mattias Schemer joined with the master blender from Mackmyra, Angela D’Orazio, to craft this snus.  The whisky category has been growing a lot over the years. In 1994, Swedish Match launched Probe Whisky, which was flavored with Kentucky Bourbon. In 2014, Conny Andersson, formerly of Swedish Match, launched Islay Whisky Snus at GN Tobacco, flavored with Islay whisky. A year later, Conny went on to AG Snus and launched another whisky snus - Crafted Snus Whisky, flavored with whisky from Glenfarclas.  As the category is growing, it only made sense that Swedish Match would launch more of a single malt whisky flavor. 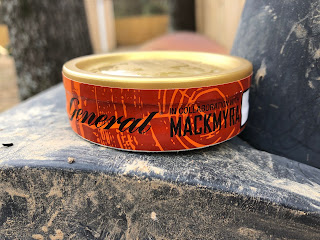 When Mackmyra launched in 2016, I was very surprised, and excited, to see that Mackmyra was also launching in the los format! Swedish Match generally doesn't launch many new los products, the last one I can recall is Mustang Los.  When it comes to this snus, the flavor description for this snus says, "Dark tobacco character with hints of dried fruit, cedar and whiskey, as well as slightly tar and malt.”  Like other Swedish Match loose products, it comes in a 42 gram can.  The nicotine content is 7.5mg/g (0.75%), which is lower than the portion version.  The portion version is 9.5mg/g. 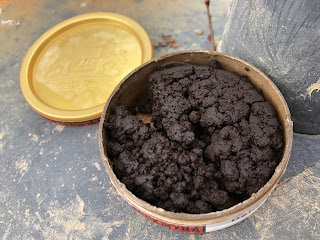 When you open the can, the aroma that greets you is a present tobacco smell with a hint of smoke and whisky.  The grind of this one is kind of in the middle, it's not too coarse but it's also not too fine. I was able to handbake a prilla with minimal effort.  The los has a decent moisture amount and stays well packed in the lip!  The taste starts off heavy on the tobacco end with whisky in the background and hints of oak, smoke and spice. It is also a touch saltier than the portion format. The more the flavor matures, the more the tobacco and smoke come out and I start to notice the tar flavor that I picked up in the portion version. The whisky flavors stays relatively mild and stays in the background with the tobacco taste in the front.  This snus feels to be between regular strength and strong.  The flavor, on average, lasts about 45 minutes.

If you like whisky snus and enjoy the loose format, this is a great one to try out!
Posted by Chad Jones at 10:30 AM