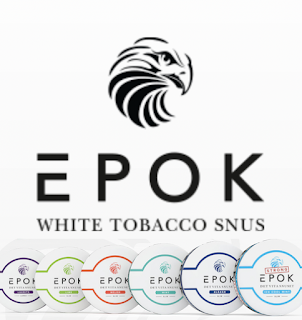 Cast your vote here in the results poll/final poll for which flavor you would like to see released!

13 January 2017:  The Epok brand is growing in popularity, and they are looking to expand their product line! I spoke with the folks at Winnington Tobacco today and they're interested in hearing what you, the consumer, want to see! They asked me to speak to the snus community and find out what type of flavor you would like to see developed and released in the Epok White Tobacco Snus line. Please go check out our survey at SurveyPlanet.com and send in your suggestion for what flavor you would like to see released next!

I know the snus community is quite creative, and there are a lot of flavors that don't exist in the snus world.  I am very interested to see some of your responses!  Do you want a clove vanilla snus?  How about a black cherry cola snus?  Or even a cheese and bacon snus?  Lets see how creative you can be. Your suggestions don't have to be too crazy, though.  If you want something simple like a vanilla flavored Epok - send that suggestion in!  After we get a good amount of responses I'll send them the results!

Click here to go to SurveyPlanet.com and send in your suggestion for what flavor of Epok you would like to see created and released next!
Posted by Chad Jones at 7:36 PM