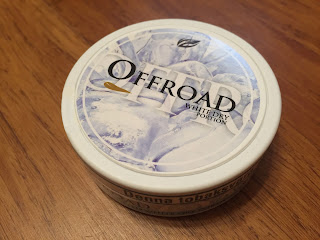 I recently got ahold of a new product V2 has been testing in some of the border stores, Offroad Frosted White Dry. The flavor description says "Offroad Frosted White Dry Portion Snus is a great, very slow-running spearmint-flavored snus. Very soft and comfortable pouches and one of V2 Tobacco's most popular flavorings - Frosted."  This product comes in a 9.75 gram can with 15 portions, for 0.65 grams per portion. The nicotine content is 8mg/g (0.8%), which breaks down to 5.20mg/portion.  Now, with the popularity of White Dry portions rising, I predicted that eventually other companies would start releasing more of these products. But what's the difference between a White portion and a White Dry portion? 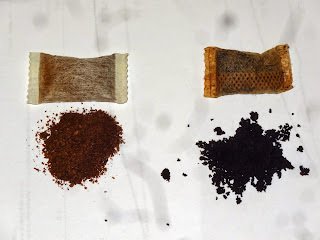 When I spoke with V2, they explained it to me. It is a "dry" version of Offroad Frosted, produced in the same way but without any moisture added. The nicotine absorbs into the blood slower than usual until the portion is completely moist, then it will work much like a regular original portion does. 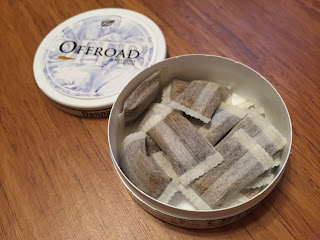 When you open a can of Offroad Frosted White Dry, the aroma that comes through is a mellow spearmint aroma. The snus feels differently in the lip, but that's due to it being a White Dry portion. It's not as uncomfortable as others I've had in the past, however. The tingle comes on almost immediately from the mint, and the nicotine gradually builds. The flavor is very much like traditional Offroad Frosted, which I was a big fan of in the past.  It builds, gradually, which makes this snus one  you can enjoy a lot longer than white portion or original portion; I've found I can enjoy this snus for up to an hour and a half!  The nicotine, though lighter per portion, still feels to be about regular strength.

If you're a fan of mint and want to try a different experience, and are somewhere you can get this, definitely pick up a can - it's a very unique snus.
Posted by Chad Jones at 11:00 AM