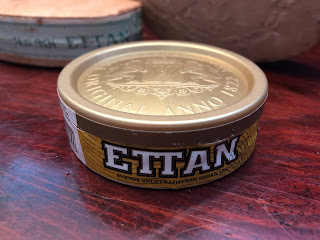 It's been a few years since I've reviewed this one, so I figured I'd give the Ettan line a revisit! In the snus world, it seems there are some die hard Ettan fans out there. I personally have always been a Grov guy. Not that Ettan isn't a good snus, because it is, it's just not something I can personally use all the time; I tend to tire on the flavor if I use it too much.  This is also one of very few instances where I prefer the white portion version over the original portion version. The flavor description of this snus says, "a full-bodied tobacco flavor and hints of smoke and peat.".  Ettan Original comes in a 42 gram can with a 7.5mg/g (0.75%) nicotine strength. 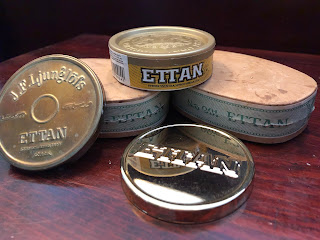 Since Ettan is an important part of snus history, I figured we would take a quick look at its origins. Jacob Fredrik Ljunglöf (pictured here) began working at a tobacco factory in 1811 at age 14. 10 years later, he took over the same factory. In 1822 he launched "Ljunglöf's No. 1". We can also thank Jacob Fredrik Ljunglöf for the pasteurization process of snus. While snus originally took months to ferment, Ljunglöf believed that fresh tobacco would taste better. With his chemist friend Jacob Berzelius they developed a new way to produce tobacco where snus could be produced in a week. Ettan is still produced by his original recipe and is the oldest brand of snus still on then market. The original portion version launched in 1990, and Ettan White came in 2006. 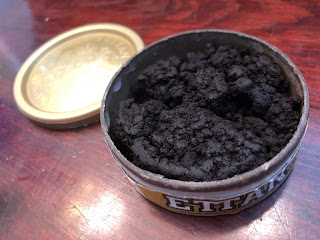 When you open a can of Ettan Los, the aroma that comes through is a very straightforward tobacco aroma. It's a very natural, mild, earthy tobacco aroma with just a slight hint of chocolate. The snus stays together really well in the lip, it doesn't break or mudslide easily. This is definitely a very durable snus. The flavor is a very gentle but present tobacco flavor - very natural and earthy. There's a taste of chocolate in the background but I don't pick it up as much in the loose as I do in the portion format, for some reason. I do get just a little bit of salt, and it really helps accentuate the flavor of the tobacco. The flavor, on average, lasts about 45 minutes and the nicotine strength feels to be right at the regular strength level.

As I mentioned before, I'm more of a Grov guy than an Ettan guy, but this is still, in my opinion, one of the best tasting los products on the market.  It's something I like to use occasionally, because I can burn out on it if I use it too much.
Posted by Chad Jones at 10:45 AM