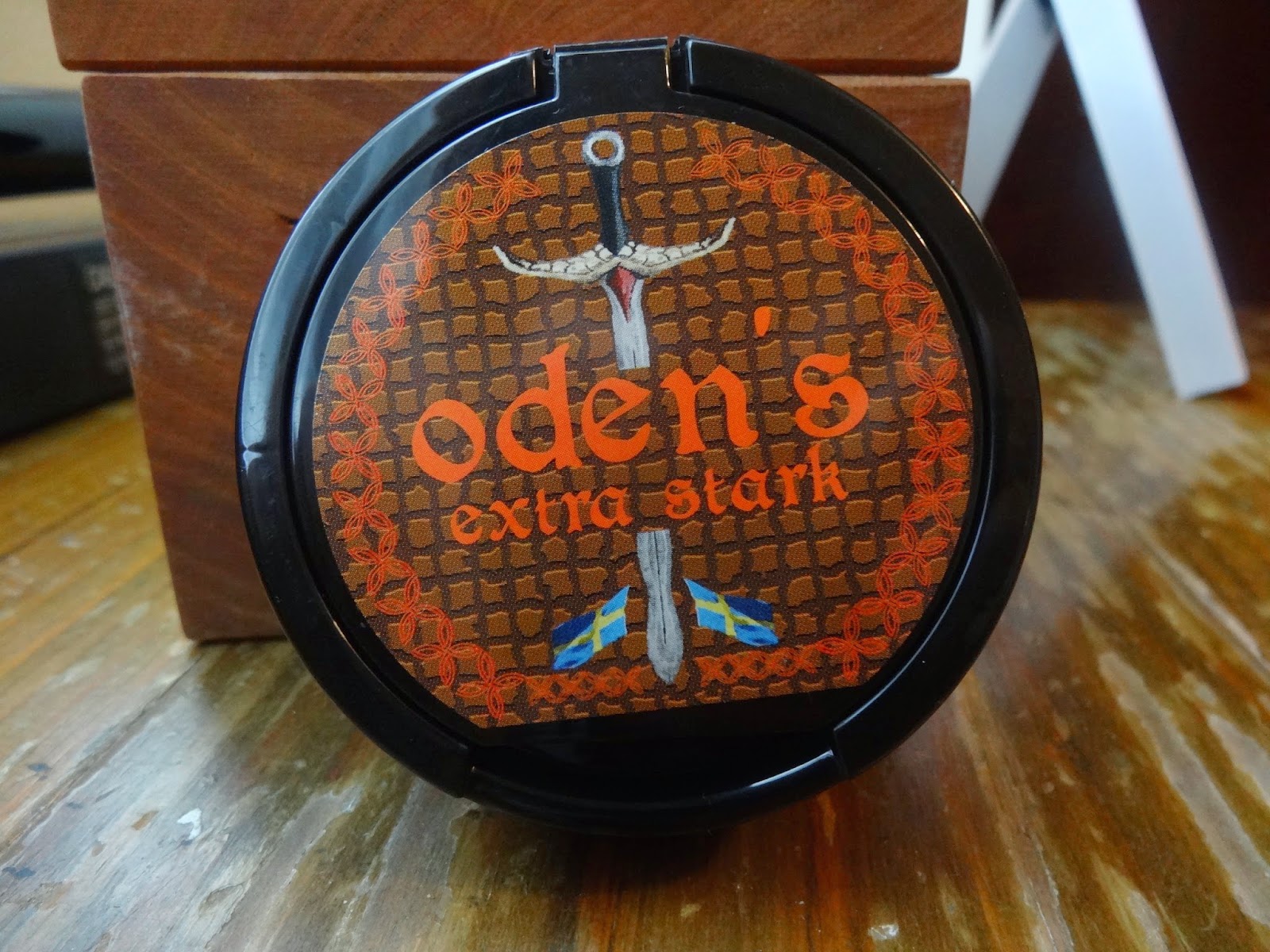 I've been catching up on our reviews lately, and the latest batch has been snuses that are exclusive to OdensSnus.com. We have a lot of readers in Europe who buy from them quite often, so I wanted to get reviews caught up that are only sold from OdensSnus.com.  These aren't for sale via the web stores that sell to the US, so these reviews are for our friends overseas. In the past I reviewed Oden's Extra Stark Kanel, which has been replaced with this product when GN Tobacco took over the Gajane product line. "Kanel" became known as "59". If you're unfamiliar with the term, "kanel" means cinnamon. I've always been a fan of the 59 line. In the past, I reviewed Oden's 59 Original Portion, Oden's 59 (Kanel) Extra Stark Portion, Oden's 59 Extreme Portion and Oden's 59 Extreme Los. 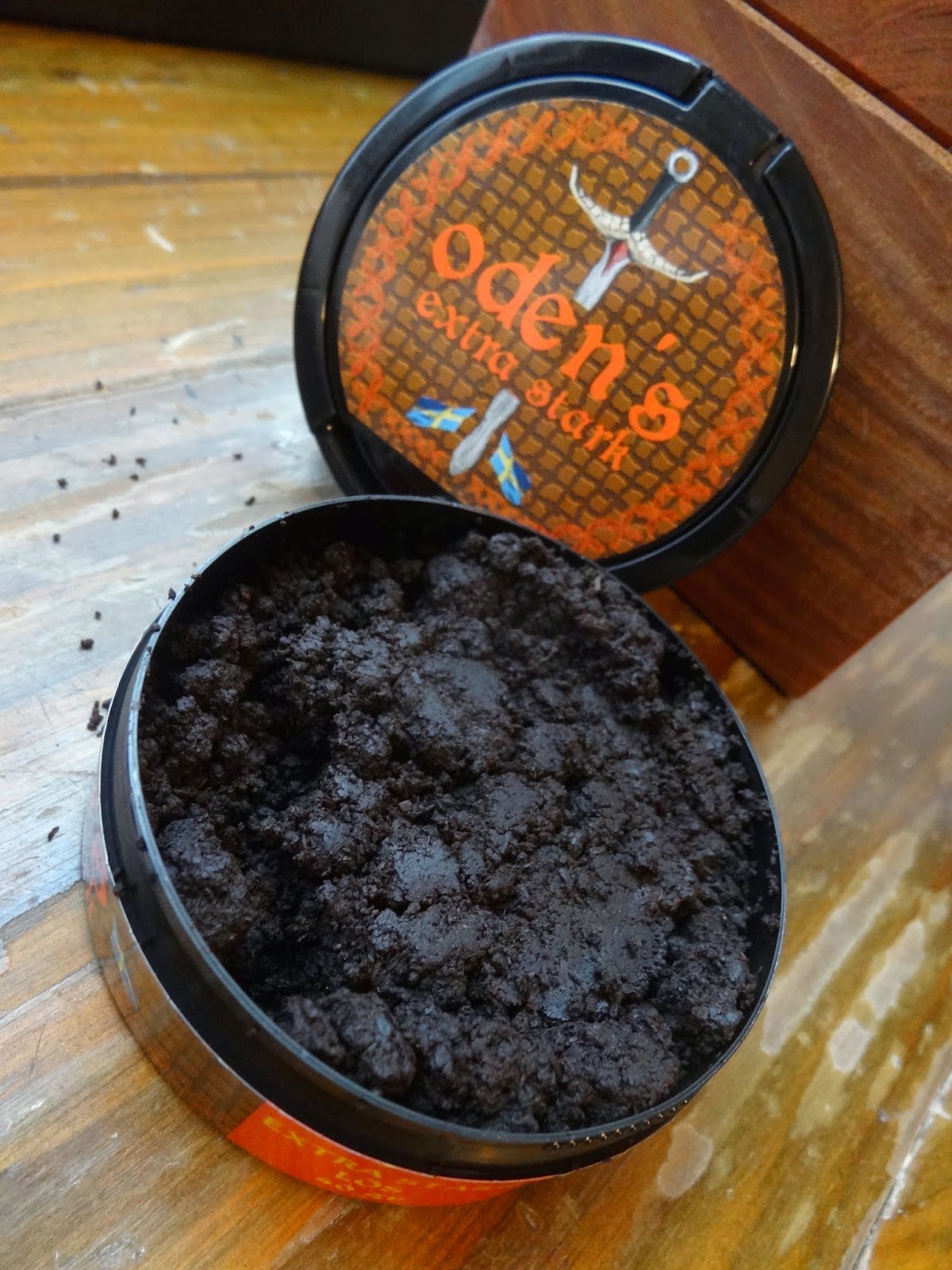 Oden's 59 Extra Stark Los comes in at 17mg/g of nicotine. When you open the can, you'll notice the grind is not as fine as the other Oden's products we wrote about recently - Oden's Extra Stark Los and Oden's Extreme Cold Los. I was able to handbake this one with ease, no tool required! The aroma of this one is a slightly sweet smell of cinnamon with a mild tobacco smell in the background. I noticed the cinnamon flavor of this one was a touch sweeter than the Extreme Los, but not too sweet - it's still a very natural cinnamon flavor.  The mellow, earthy tobacco flavor pairs very well with the slightly sweet taste of cinnamon!

If you're a los snuser who enjoys the taste of cinnamon, I'd definitely suggest giving this one as well as Oden's Extreme 59 Los a try.  They both have a cinnamon flavor, but each one tastes slightly different from the other.  This one is a tad more sweet than the Extreme Los version, but still very tasty!
Posted by Chad Jones at 4:13 PM